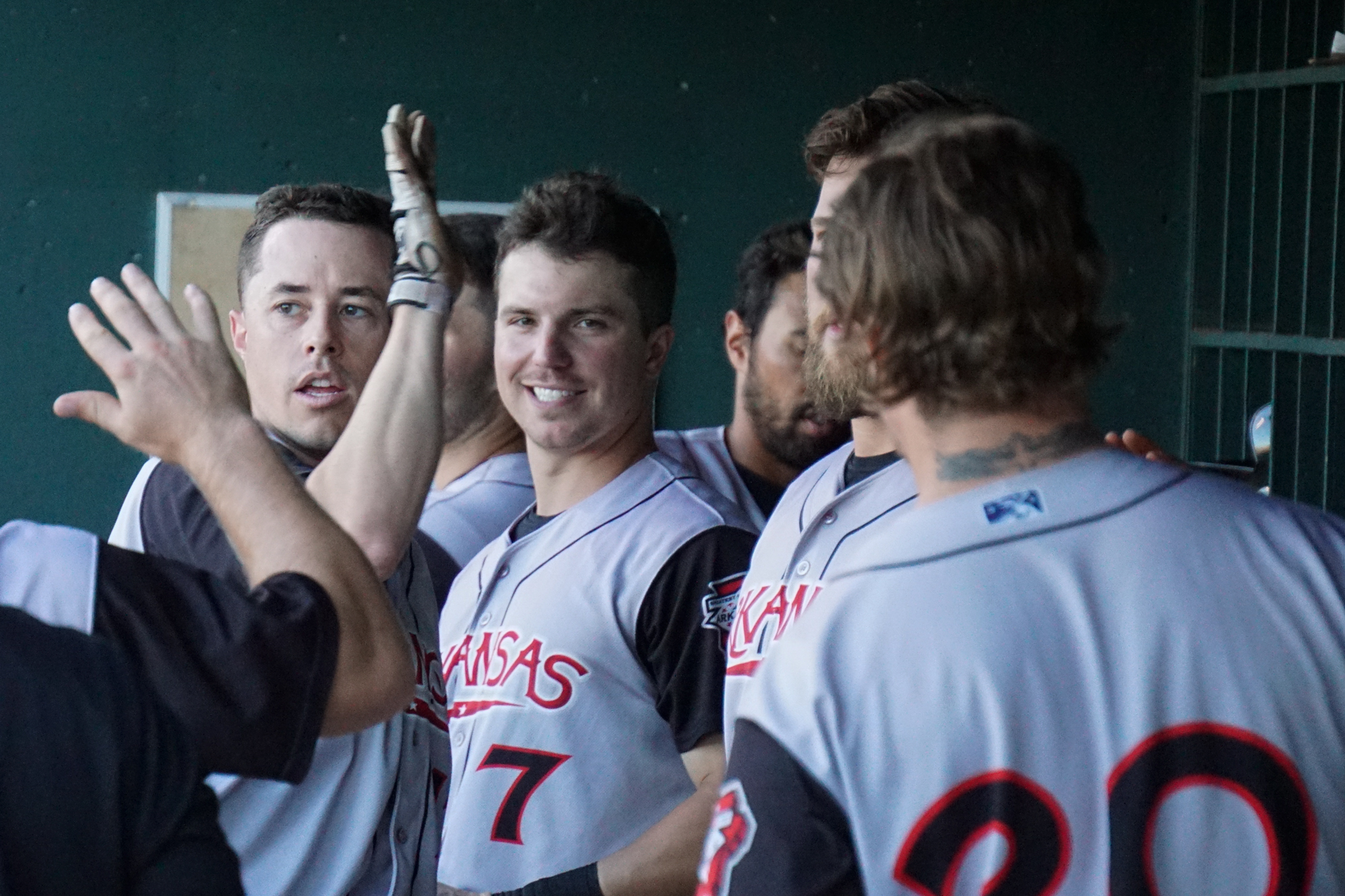 I can look him up. He’s already given me his number.

It’s on his jersey.

I didn’t notice his expression until after I clicked through my camera to get rid of shots filled with clouds and foul poles, jersey buttons and blurred faces.

Did he get drafted in round 36 after graduation but decide to play on the dusty fields of a junior college in Texas instead? I wonder if his high school girlfriend found someone else.

Can he hit a curveball? How many times has he taken cuts at batting cages attached to mini-golf courses? Maybe he doesn’t like to carry change, those quarters clinking in his pockets. I wonder if he had to miss the family reunion for a tournament when he was 15.

Does he read The Atlantic? Does he ever think about playing in Japan instead of a Double-A team in Arkansas? I wonder if he ever gets tired of playing long toss and whether he chews on ginger candy so he doesn’t get motion sickness during 12-hour bus rides.

I suppose I could ask.

I didn’t. But I looked him up after writing this and realized he’d been drafted seven years ago.

Round 17. Cleveland State CC. Cleveland, TN. He was picked by Colorado but now he’s in the Seattle Mariners’ organization. He’s played in AAA. Injured, traded, and released at different times.

Does he wonder if he will make it?

Years ago someone told me the fun is in the fight. But I don’t know how you stay content in the work without losing sight of the end goal.