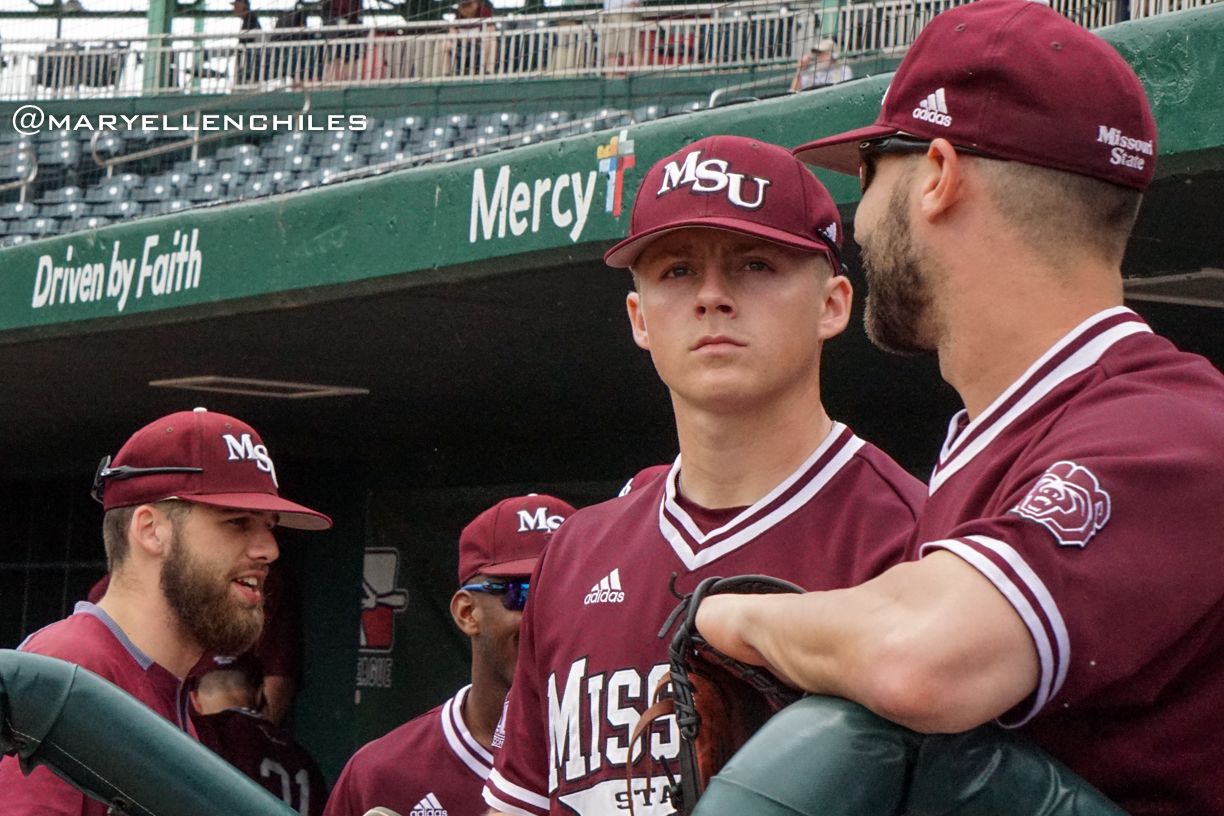 I haven’t cried this much in a Starbucks since I had to work at one starting at 5 a.m. every day. It wasn’t so bad as long as the Seahawks won, and of course Howard Schultz visited.

But here in Missouri the first ‘bucks I visited after a dental appointment this morning had its wifi knocked out by lightning, and I know this isn’t a big deal but it is when you want to stream Missouri State baseball on ESPN+.

I wandered to a new one, a small building with the air conditioning cranked high and One Direction crooning over the speakers, and one of these things should have made me happier than I was.

Of course it’s uncouth to stream video in a coffee shop but I listened to the radio online, too, for nostalgia’s sake. Plus, the call was quite a bit better, even if a few pitches separated the streaming video and audio. The radio announcers even knew the players’ names.

Part of this baseball season I spent freezing in the Arctic, on purpose, but I tried to get to some games at Hammons once I returned to the Midwest. Sometimes this Bears team didn’t have as much punch as I wanted. Was it all the youngsters drafted in recent years? Their injured pitchers? At times it seemed like they’d fall behind and that was it. That didn’t seem right.

I saw the Blues play in Phoenix in December and they were just as flat. But they are still playing.

The Bears, however, are not.

They finished their regular season in a familiar way.

But then came the play-in game in the Missouri Valley Conference tournament, which they won, and a 1-0 loss to the first seed, Dallas Baptist. I still couldn’t wrap my head around the Bears not being the first seed. Who was this team with its record-setting number of losses?

As I followed the Bears in grad school and the summers, I was always sad to see the final outs of the seasons, even if those ended in the Regionals or Super Regionals instead of the conference tournament as a six seed(!!).

Still, I think of a senior pitcher whose pitching left me choked up as he threw nine strikeouts in his final regular season start.

Another senior, Jake Lochner, struggled, but his cheering section made me tear up, too.

It’s just a glimpse of these kids I have; a few messages on Instagram or a retweet. Maybe an interview like this or this in recent years. (They seem like kids because I recently turned 35. Luckily, like Pharrell, or all of my relatives, I do not appear to age.)

For some this is it:

just the thought brings tears to my eyes.

In their final game, against Southern Illinois, Missouri State rallied to score 4 in the bottom of the ninth before losing 10-9.

For many, now is the time for summer ball. For some, it’s “real” jobs. For a few, it’s professional ball.

For all, we each look ahead.

I can attest to the power of adaptation: for me it was traumatic brain injuries spurning career changes and grad school, and constant mental and physical work to keep my brain focused and my pace sure. I just got a letter published in the New Yorker and I’m hustling to sell photographs.

But changes are hard sometimes, and with transitions come fears and tears.