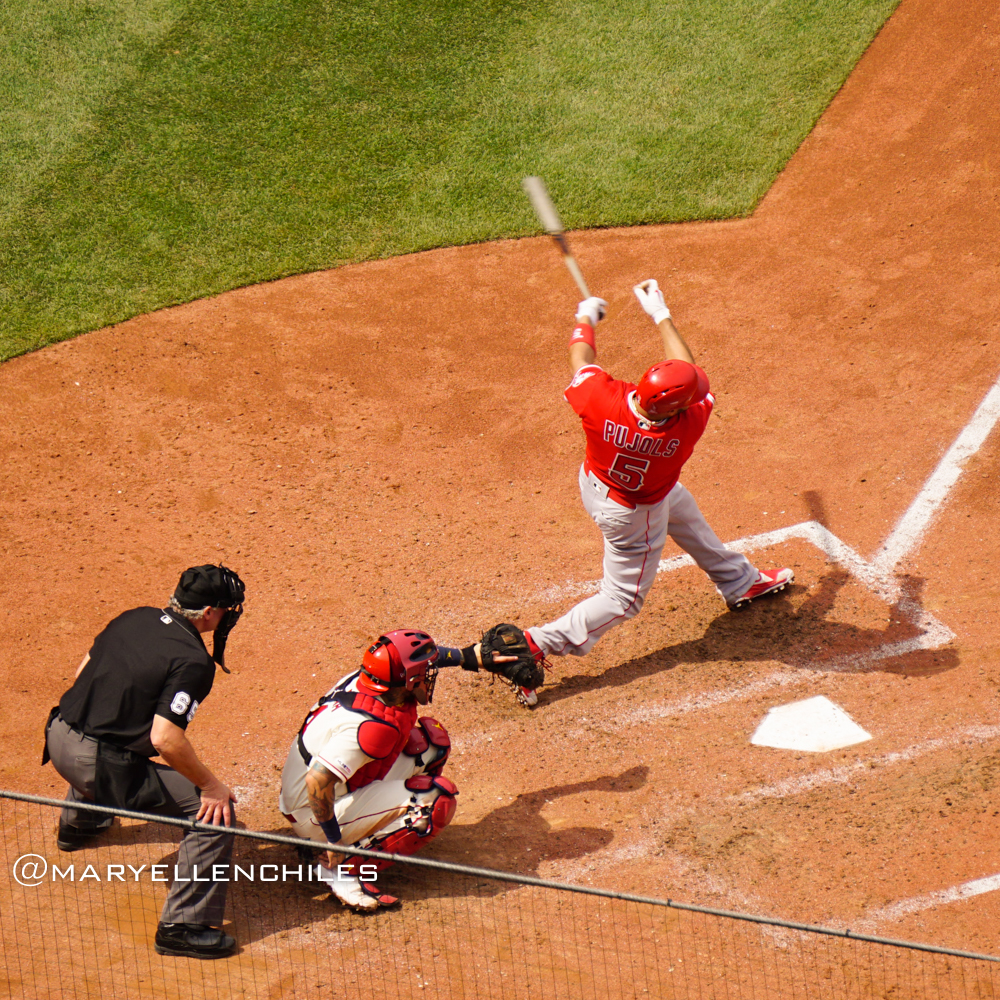 Albert Pujols visited St. Louis for the first time since he left for the LA school systems after the 2011 season. He was greeted with standing ovations for each plate appearance.

From the heavenly realm of Busch cheap seats, I saw him hit a ball off of Dakota Hudson into the stands, ending Hudson’s shutout in the 7th. The fans continued to clap and shout through the home run trot, the hugs with Mike Trout, the bounding down the dugout steps until Albert turned to them and waved his helmet.