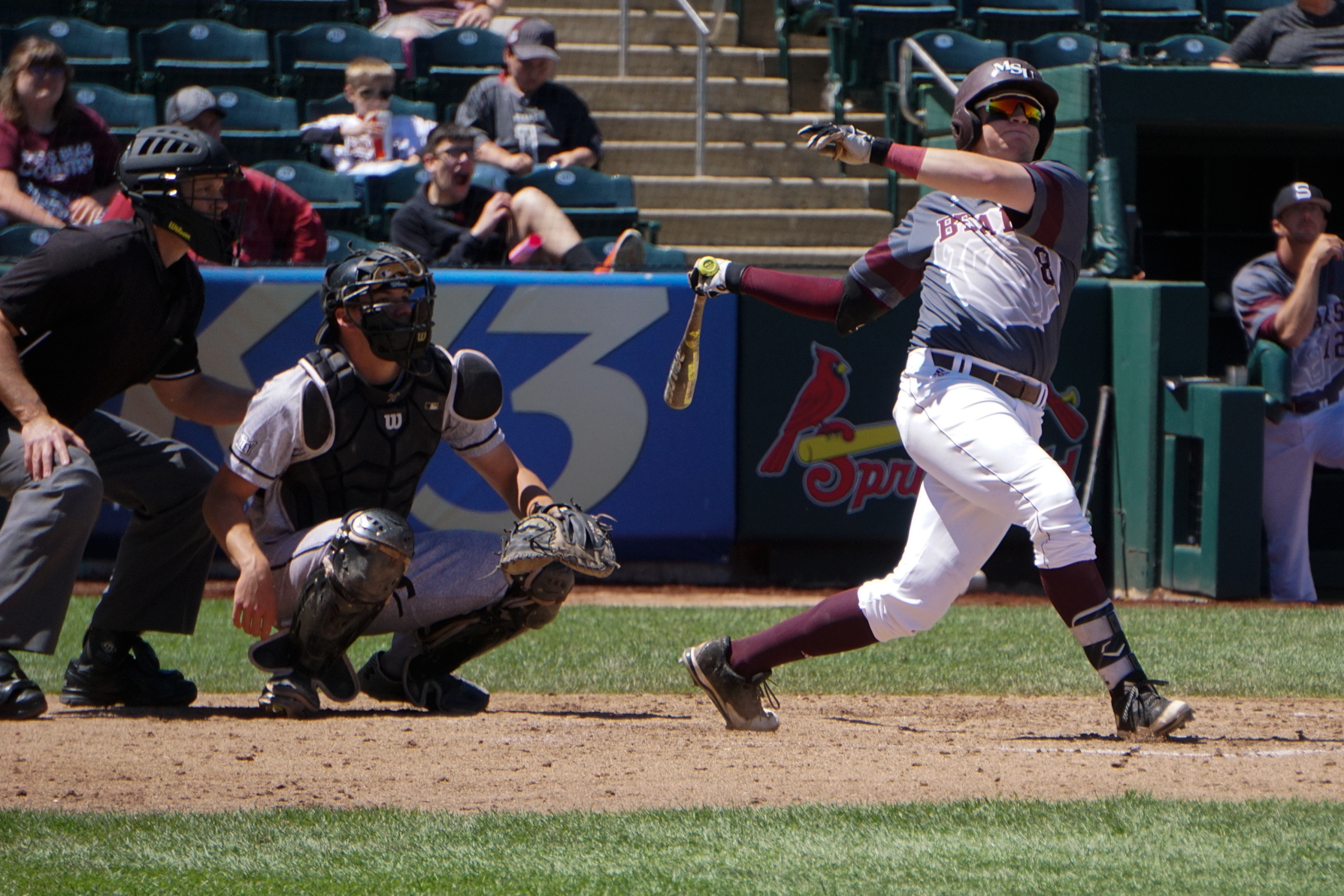 He cracks the ball and races down the basepath, lunging to avoid the Missouri pitcher’s tag. And he falls to the ground.

I don’t know him, Aaron Meyer, but I can imagine that as a child he wrapped rubber bands around his glove and tucked it under his mattress.

Perhaps he flung a tennis ball against the garage door, fielding the ball barehanded and throwing it across his body. Then he did it again.

I assume he played Little League, donning his favorite player’s jersey and wearing stirrups pulled up to his knees. Maybe he asked his parents to hit him grounders over and over again. Catch and throw; catch and throw.

Then, as a teen, he led his Illinois team. He led them. He did it with ground balls and long toss; sliding practice and BP. They took bus rides and talked music and girls. He sifted through offers from colleges and took his ACTs. Cap and gown, and a chance to play at Missouri State for a legendary coach.

He was the school’s Rookie of the Year. The next year his Bears made the College World Series. As a junior, he started at second base and hit in 20 straight games. Maybe he wondered if he could play after graduation.

This year I saw him play, a guy with blonde curls and a dimple, socks pulled to his knees and a penchant for turning ground balls into double plays: Eierman to Meyer to Paulsen.

He walks up to his song. Ayokay: Kings of Summer.

Run with the feeling

of being alive while we’re still young

He stands, digs his cleats into the dirt, and watches the ball fly from the pitcher’s hand. He swings, and he runs, and he collides with that pitcher on the tag.

And he falls. He stays face-down in the grass with clenched fists. The PA system pounds 80s rock into his ears.

He has games to play: three more at home; a couple more road trips, and a conference tournament. Maybe they’ll keep playing after that, even as his third baseman gets drafted and puts off rookie ball for a visit to Omaha.

But right now, he can’t move. The trainers summon a stretcher, and aides lift him onto it. They leave on a gurney.

He lies on the stretcher face-up, and he hugs his trainer, his teammates, his coach. The aides slowly move the gurney through the red dirt behind home plate. He raises his fist to the crowd as they clap and roar. The aides gently push the gurney by his home dugout:

This place –  full of gum wrappers, and sesame seeds, and paper cups, and friends. Roommates. Brothers. His place. Theirs.

His teammates pat him on the arm and the chest. The aides carefully guide Aaron out of the stadium.

And perhaps this night he cries, and he curses, and so does everyone who loves him. Soon, rest, and rehab, and worries, and resolve.

But he does not weep alone.

2 thoughts on “Aaron Meyer, a senior”